You are here: Home1 / Neighborhoods2 / Ravenswood 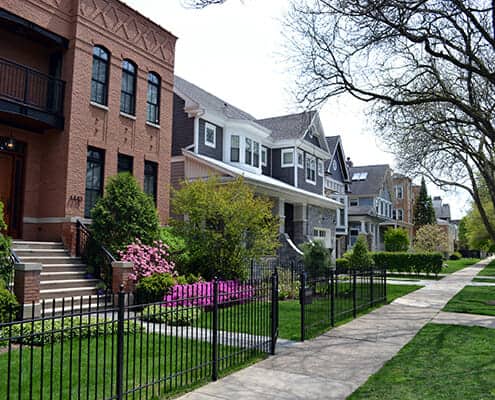 Ravenswood homes sit on larger lots than most Chicago neighborhoods and residents thus enjoy a lower level of congestion and the noise than can be found elsewhere.

Ravenswood is a few minutes West of Lake Michigan and Wrigleyville which make it easy to get to Cubs games and the lake for recreation. It’s also just a short ride on the “El” Brown line if you need to get to Downtown Chicago.

There are four Brown line stops in Ravenswood including Western which is in Lincoln Square.

There’s also The Metra line (a commuter train service, which extends out to the city’s suburbs) which stops at Lawrence and Ravenswood. Plus, there are 6 bus routes winding through the area so transportation to other parts of the city is easy.

Ravenswood is located 8 miles north of the Loop and is a peaceful place to escape busy city life while being in the heart of a thriving neighborhood that offers pretty much everything.