You are here: Home1 / Neighborhoods2 / Pilsen 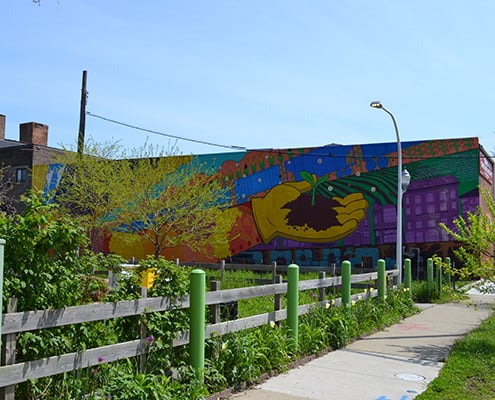 Welcome, here you’ll find the latest Pilsen real estate for sale including Pilsen homes for sale and information you need if you’re considering living in Pilsen.

Pilsen real estate of course includes a wide selection of properties. Beyond this, Pilsen offers an amazingly unique vibe unlike any other Chicago neighborhood.

Have a question? Talk with us!

Here is the latest Pilsen real estate for sale.

What’s Best About Living In Pilsen?

First, Pilsen is rich in history

And much of this historic nature has been carefully preserved over the years. For example, in 2006 Pilsen became a National Historic Register District. Plus, South Water Market was added to the National Register of Historic Places. You can learn more about this history by visiting The Pilsen Alliance.

In the late 1800s, Pilsen was named by Czech immigrants after Plzen, a large city in what is now the Czech Republic. Germans and Irish were in the area first and the population also included smaller numbers of other ethnic groups from the Austro-Hungarian Empire.  Many of these immigrants worked local factories and the infamous Chicago stockyards. Bound by Slavic ethnicities, Pilsen was home to both the rich and the working class. These days the neighborhood is a true microcosm reflecting Chicago’s greater melting pot of culture and ethnicity.

Next, Pilsen is a haven for the arts

The neighborhood is known as a haven for artists in search of inexpensive studio space and places to display their work. As such, on the east side of Pilsen you’ll find one of Chicago’s largest art districts. The neighborhood also houses the National Museum of Mexican Art.

Finally, Pilsen is for foodies

As you drive or walk down busy W 18th Street you’ll find Mexican bakeries, fantastic restaurants and grocers. Pilsen is a foodie paradise where the latest trendy restaurant sits next to a mom-and-pop joint, both offering authentic tastes.

Pilsen is located in 60608 and nearby neighborhoods include University Village and South Loop.