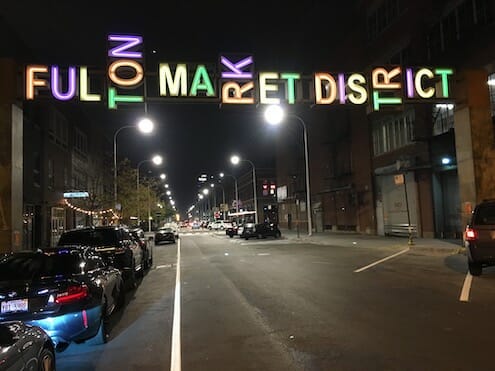 Fulton Market sits just to the north of the West Loop and bursts with old, spectacular structures. You’ll find vintage Fulton Market lofts, the neighborhood is one of the best places to find Chicago lofts. And there’s also many stunning new Fulton Market condos available.

It is Chicago’s new tech and work hub. Google and Uber are here. It’s the premier place to work, live and play in the city.

If you are in the market to buy, Fulton Market lofts and condos are some of the most popular in the city. Prefer renting? See the latest Fulton Market rentals.

Fulton market is simply Chicago’s hottest neighborhood. And for some really good reasons. 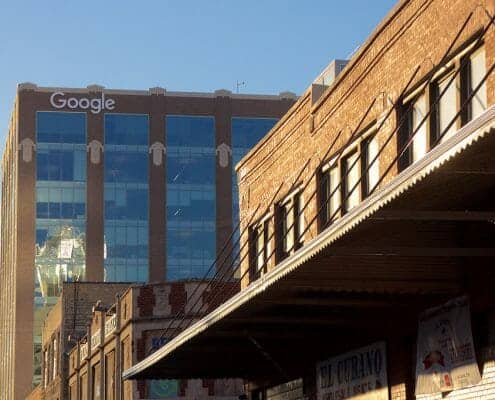 Google’s Midwest HQ located in a converted cold storage warehouse in the heart of Fulton Market.

The Fulton Market District location can’t be beat thanks to its proximity to the Downtown Chicago. It’s one of the best walkable Chicago neighborhoods and is a very accessible place to live because a new CTA station opened here a few years ago to serve the influx of new residents. Plus the walkable Metra train stations add to the accessibility and convenience.

Fulton Market was Chicago’s economic engine in the 19th Century. Today it’s been reborn and is powering the Chicago’s tech boom. This former meatpacking district has come a long way and is continually evolving.

Previously, this was a wholesale area full of cold storage buildings. The streets were bustling with meat, fish, and produce trucks and workers. These days it’s bustling with Google office workers.

Thanks to these old ‘bones’, Fulton Market still exudes an industrial charm. Former brick and timber buildings are being converted to stunning Fulton Market lofts and condos. And these buildings come with unique layouts and design features.

Popular spots like Girl & The Goat, Next, Swift & Sons, Au Cheval (rated one of the country’s best burgers), Nellcote, Publican, and Eden line the streets.

Many of these restaurants sit at the top of Chicago’s best lists. Bars and clubs like The Aviary, CH Distillery, The Betty, and Federales are all busy places to see and be seen. So, in recent years, this has not only become a place to dine out, but a place to live. 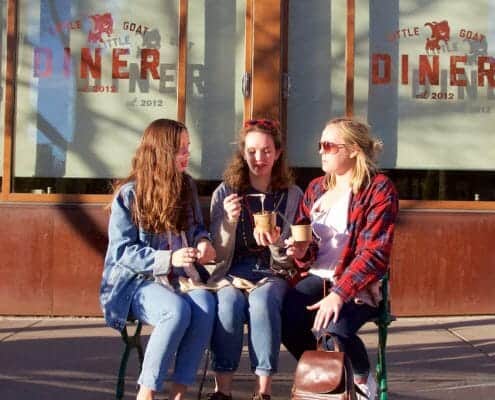 The Soho House Chicago is a hotel and members only ‘club’ for creatives. It contributes to the modern-urban chic vibe of the neighborhood.

The City Council designated the Fulton-Randolph Market District as a Chicago Landmark in July 2015. Improvements are on going.

For example, a streetscape beautification program has made it more pedestrian friendly. Other recent projects include widening the sidewalks, cobbled intersections, and more attractive street seating.

In short, historic Fulton Market is being modernized and restored to make suitable for the mixed-use economy of the 21st Century and safe for pedestrians enjoying the many shops and restaurants.

If you want to know more about the real estate trends in the area, check out the latest West Loop Market Report. Fulton Market is a major district within the West Loop neighborhood and thus the report reflects the trends.